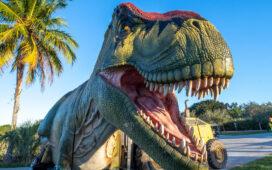 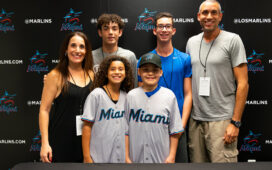 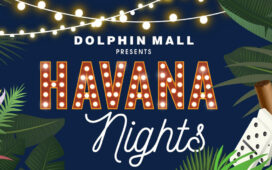 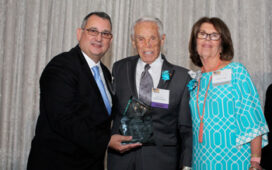 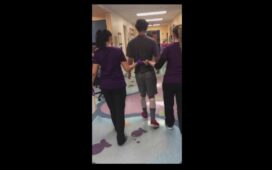 Teen with Quadriplegia Walks out of Hospital

Stainded Glass Panels will on Display at the Deering Estate

Restoration of two rare, pre-17th century stained glass panels depicting the Holy Family’s Flight Into Egypt is now complete, and the two panels will go on permanent display at the Deering Estate in Miami beginning October 19.  Believed to have originally hung in separate chapels, the pieces were brought together as part of Charles Deering’s vast and comprehensive art collection and hung together in the Stone House at the Deering Estate as described in his 1924 inventory.

Separated upon the death of Charles Deering, the pieces are now reunited, thanks in part to the generosity of the estate of Barbara Deering Strachan Danielson. Before going back on public display in the Stone House, each piece has undergone a complete restoration, funded by the 100 Ladies of Deering, two private donors, numerous individual gifts and The Deering Estate Foundation through the a grant from the Charles Deering McCormick Fund.

The historic significance of these pieces cannot be overestimated, as very few stained-glass representations of religious art from this period have survived centuries marked by the ravages of war, political upheavals and natural deterioration. The addition of these rare stained-glass panels to the Estate’s collection is expected to draw art lovers and scholars from around the globe.

“It is amazing to think that these works of art that hung in the Stone House almost 100 years ago, will go back on display for the public to enjoy,” said Maria McDonald, President of the 100 Ladies of Deering, a philanthropic circle of The Deering Estate Foundation, Inc. “We are so grateful for the private gifts and generous donors that have made the restoration and exhibition possible.”

Each piece depicts the traditional Flight into Egypt motif, the Holy Family’s journey to escape violence in their homeland instigated by King Herod. During the Reformation period, circa 1530, many representations of religious iconography were intentionally destroyed. Across Europe, additional losses were sustained to the artifacts from that era, as “less important” assemblages went unprotected from the bombings during the First World War.  After World War II, European governments placed restrictions on export of such national heritage pieces, further limiting the existence of such treasures in the United States.

Of the stained-glass panels from that era that have survived, there are only 14 other pieces on public display in Florida.  Many of the remaining artifacts were damaged by exposure to the elements and the ravages of time. Therefore, restored stained-glass pieces from private collections have become the basis for some of the most important exhibits of art from that period in the US today.

While it is difficult to ascertain the exact date of the panels, there is a note from Charles Deering’s 1924 inventory of the collection that states, “Flight into Egypt, 27” x 60”, stained glass window, circular top, dated 1552, Omator Dei Mementomei”.  The date noted for the arched piece does not necessarily indicate a date of creation, but perhaps a date for dedication either prior to or after its removal from its original location, where it probably served as a decorative or memorial piece in a cathedral.  The text “Omator Dei Mementomei,” translated as “Oh mother of God, remember me,” is often found on memorials or interments on the grounds of ancient churches.

The exact age of the Deering 27.5” x 23.75” square panel is not known, though it bears similarities to one from the 12th Century Pitcairn collection, which was exhibited at the Metropolitan Museum of Art in the1980s.  The Pitcairn panel, part of a collection of medieval art amassed by the American collector Raymond Pitcairn, was formerly installed in the medieval Abbey Church of Saint-Denis in France.

Depictions of the “flight,” used widely in medieval painting and stained glass works of art, often appear as the final scene in larger pictorial assemblages of the Nativity story, or series comprising the life of Mary or of Christ. These groupings were frequently found in cathedrals or chapels across Europe from the medieval period. In Europe, the art of stained glass reached its height between 1150 and 1500, when magnificent windows were created to adorn private chapels, local churches, and elaborate cathedrals.

The restoration of the two stained glass panels required artisans who were knowledgeable and trained in the meticulous crafting of stained glass works of art produced in the medieval period. The glass from that period was largely created by traveling artisans, who heated sand and wood ash, mixing in powdered metals to the molten material to create colors.  The glass was blown into circular molds that were then rolled open so the still hot glass could cool flat. This process was expensive and the pieces cut from these panels were thick and uneven in texture and consistency. Eventually, designs of thinner glass with the color painted on or “stained” were adopted to allow for more elaborate designs and finer detail.

In order to ensure that the restoration of the two panels is both technically and historically accurate, the professional services of Rosa Lowinger of RLA & Associates (RLA), based in Los Angeles and Miami were retained. Rosa Lowinger was recently featured in an article by the National Trust for Historic Preservation, and RLA specializes in the care and restoration of historic artifacts and architecture. RLA developed a stabilization plan for the delicate works, has overseen the restoration, and advised on the development of a display that will highlight the beauty of the pieces preserving them while on public display for generations to come.

The return of the two stained glass panels to the Deering Estate’s historic house museum collection is in keeping with Charles Deering’s vision to provide the public with the opportunity to view and appreciate his masterfully built collection of fine art and antiquities.

The public is invited to view the newly restored stained-glass panels, along with other artworks from the collection of Charles Deering’s art and antiquities, beginning Saturday, October 19. The Deering Estate is located at 16701 SW 72nd Avenue, Palmetto Bay, FL 33157. Open every day except Christmas and Thanksgiving, from 10 am till 5 pm.  Admission to the 450-acre estate, including the historic homes, is $15 for adults; $7 for children (ages 4-14); Military and seniors receive a $2 discount on Tuesdays, and Deering Estate Foundation members admitted free. For further information, please call 305-235-1668, or visit DeeringEstate.org. 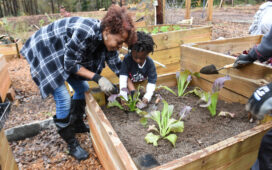 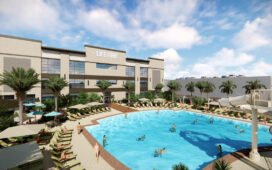 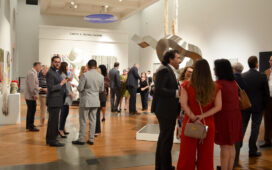 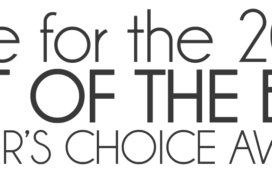 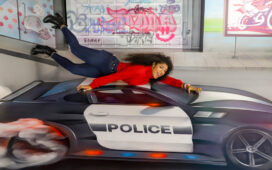